Next week, a group of Chilean companies from different productive sectors will have the opportunity to connect, establish business and associations with counterparts and investors from all over the world at the Ecomondo Fair, which includes new topics such as Textile Hub, Environmental Protection and regeneration, Food Waste and Start-ups and Innovation Area. 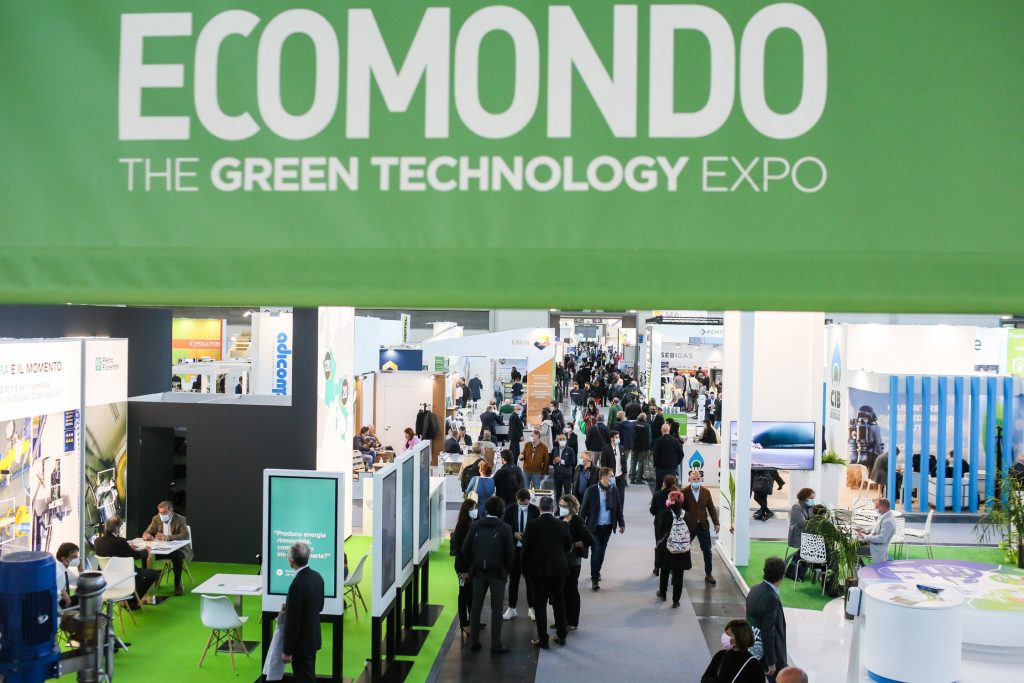 This Sunday, November 6, the company mission that will participate at the Ecomondo & Key Energy Fair, one of the most important events for Circular Economy, which is expected to have a record participation between November 8 and 11, leaves for Italy.

With the aim of informing the attending companies, the Eurochile Business Foundation gathered them in a webinar to clear up doubts about logistics and inform them of the whole week programme. Nina Morales, Director of Business Cooperation and Institutional Affairs of Eurochile, and the representative of MultiRep Services and Ecomondo in Latin America, Andrea Batazzi, were present at the event, who gave them details of the itinerary and the opportunities that the fair will offer to the eight companies. Chilean: Epyral, Consorcio Santa Marta, Volta SpA, Bellbast Chile Ltda, Rubtec SpA, Forestal Pinares, Instituto de Transferencia Tecnológica y Emprendimiento and Ecología en tu Barrio.

At the beginning of his presentation, Batazzi highlighted that this year the call of the fair has been a success, and the number of events and institutions present is impressive, “therefore, in addition to the commercial and technological contacts that you will be able to make, networking will be important to meet many people from the sector worldwide, and not only from Latin America”.

The Chilean company mission will be one of the four delegations with the greatest regional presence, which will stay at the Ca’Bianca hotel, located in the city of Riccione, he added. Along with this, he specified that the transfers and logistical support between the airport, hotel and exhibition center are carried out by the organizing entity in Italy. In addition, a transfer is planned to visit companies on the morning of November 10 and then return to the fair in the afternoon.

Regarding the day of arrival, on November 7, the Director of Business Cooperation and Institutional Affairs of Eurochile highlighted that at 8:30 p.m. there will be a coordination meeting at the hotel with the companies in order to organize and revise the programme for the whole week.

On the first day of the fair, November 8, the Chilean companies will participate in the welcoming ceremony at the International Buyer’s Lounge and a lunch at the Self Service restaurant.

Nina Morales continued with the itinerary of November 9, which she indicated will be a day of conferences and seminars of interest to companies (more information at www.ecomondo.it), of which she highlighted ´Waste as Resources: Innovative technologies for recycling and recovery´; ´Special waste and urban waste between industrial development, programming, and market´ and, ´Participatory circular economy initiatives in Europe and Italy´.

On the morning of the 10th, two company visits are planned, one to the Coriano heat recovery plant and the other to the Ca’Baldacci Anaerobic Digestion Plant. According to Andrea Batazzi, the fair collaborates with important companies in the region.

“These two plants are managed by the ERA Group, one of the largest public-private companies in Italy that manages waste collection and recycling in Germany and Romania. These experiences were chosen since they are considered ‘best practice’ cases”, he stated.

In the afternoon they will be able to attend a workshop on ecodesign and open innovation in packaging, as well as the innovative start-up area. Meanwhile, on the last day each company will have the possibility to organize their own agenda.

Andrea Batazzi highlighted that Ecomondo is a 100,000 m2 fair that is highly sectorized, which makes it easy to find its way around, with well-defined areas on topics such as energy efficiency, waste and resources, and decontamination, hydrogeological risk, sustainable city, and renewable energy.

For this reason, he recommended Chilean companies visit all the fair’s pavilions to identify opportunities, but he also suggested that they previously browse the exhibition list to find potential counterparts.

This year, post-pandemic, the expectation for Ecomondo & Key Energy 2022 is very great, both for the exhibiting companies, Italian and international key players and delegations from more than 50 countries that will visit the fair.