After 10 months of work by the Eurochile team in charge of the process of preparing and drafting the document, under the leadership of the Ministry of the Environment, the document was officially presented at the end of December and the deadline for making observations remains. 33 representatives of the different instances of society and members of the Strategic Committee worked in the process to prepare the Roadmap, while more than 140 people participated in the thematic workshops that contributed to the discussion. The document sets 7 specific goals for the country for 2040, which will be achieved through 92 specific actions. 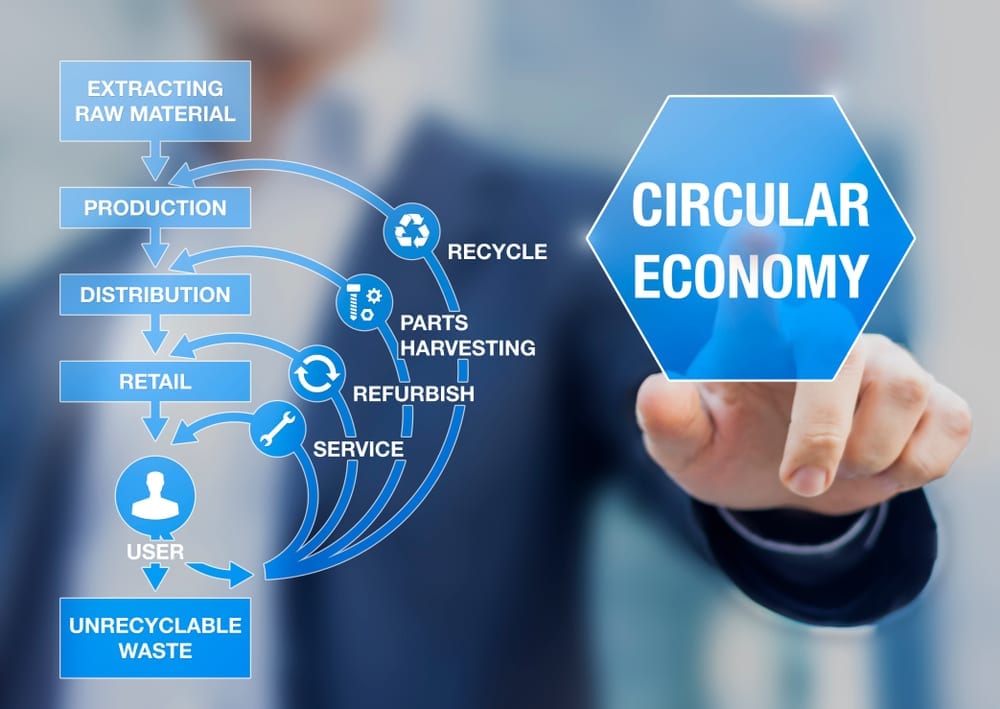 After 10 months of work, since in March 2020 the Eurochile Business Foundation began the work of preparing the first roadmap to promote the adoption of the principles of the circular economy in the country, under the leadership of the Ministry of the Environment, at the end of December last year, the preliminary proposal of the document was officially presented under the title “National Road Map to the Circular Economy for a Chile without Waste.” From that date and until next February 2, it will be available for public consultation in order to receive observations and proposals that help improve it prior to the drafting of the final document and its approval by the Council of Ministers of Sustainability.

“Although the process of building the Roadmap has been particularly participatory to date, relevant actors are always left out, and therefore, through this process of public consultation, all interested parties are invited to review the document and share their observations and suggestions, seeking to incorporate as many visions and experiences as possible to further enrich and improve the proposal ”, explains Linnet Solway, director of the Area of ​​Technology Transfer and Circular Economy of Eurochile and who led the team of the Foundation in this task.

To prepare the document, a Strategic Committee of 33 representatives from the public and private sectors, academia, civil society and experts in circular economy was formed to lead the work and the preparation of the final document. Along with this, a series of thematic tables were held to gather opinions and ideas in which 144 people from different fields participated, which allowed the creation of a consensual document and a shared strategy.

Regarding this work, Linnet Solway says that “without a doubt” much progress has been made in the last ten months. And in this context, the work carried out by Eurochile in the entire process stands out, “from the preparation of a strategic diagnosis of the circular economy in the country, the preparation of the vision workshops and workshops of the roadmap, the analysis work and consolidation of the results and the iterations of the roadmap as a result of validation meetings. We also support the execution of the thematic tables and the coordination of the project as a member of the Executive Committee. And although the work has not finished yet, it has been a large road that we have traveled as a team together with the Ministry of the Environment and all the organisations that have participated in its construction”.

In the document launched at the end of December, finally, a vision is proposed to be achieved in the next 20 years, and this is that “the regenerative circular economy drives Chile towards a more sustainable, fair and participatory development that puts the well-being of the people in the center. This, through the care of nature and its living beings, the responsible and efficient management of natural resources and a society that uses, consumes and produces in a sustainable and conscious way, fostering the creation of opportunities for people and organisations throughout the country”.

And with this objective, seven specific goals are proposed to be achieved by 2040: generate 180 thousand jobs thanks to the circular economy; a 25% decrease in waste generation per capita; a household waste recycling rate of 65%; increase the country’s material productivity by 60%; that the generation of waste per unit of GDP falls by 30%; that the general recycling rate (household plus industrial) reaches 75%; and eliminate at least 90% of the country’s illegal landfills.

To achieve these objectives, four action lines were established, defined as Circular Culture, Circular Innovation, Circular Regulation and Circular Territories. These concentrate 32 specific initiatives, which totalize 92 specific actions to achieve the proposed goals. As noted, the document and its actions are in the process of public consultation on the website of the Ministry of the Environment to receive comments.

“In addition to the launch of the public consultation, the Ministry of the Environment is organising different webinars and workshops to disseminate the contents of the proposed National Roadmap to the Circular Economy for a Chile without Waste 2020-2040 and generate instances of exchange of ideas and opinions”, explains Linnet Solway.

What will be the next steps? “Once the public consultation is closed, the Ministry of the Environment and the rest of the support team will review the observations and comments that came from the public to assess their relevance and how the current proposal can be improved based on these suggestions. In parallel, we are working on the monitoring plan that accompanies the Roadmap, to support its future implementation”, she adds.