Digitalisation an opportunity for SMEs

The quarantines established in most of the world’s cities have forced a drastic change of practices in companies. This is very marked for those sectors that have not been declared as essential. Seeing their customers and workers in confinement, most of these companies had to close or start connecting with them through digital systems. 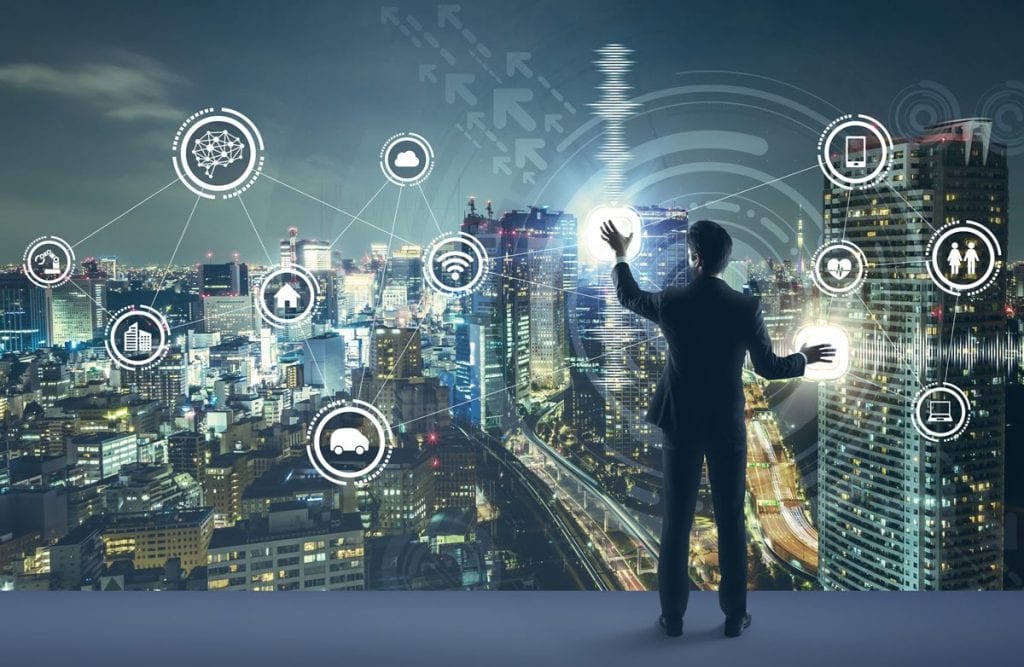 The quarantines established in most of the world’s cities have forced a drastic change of practices in companies. This is very marked for those sectors that have not been declared as essential. Seeing their customers and workers in confinement, most of these companies had to close or start connecting with them through digital systems.

Commercial organisations that already had online sales systems were able to adapt quickly and even increased their income and profits, to the detriment of those that did not have these systems. Similarly, companies that were able to coordinate work from home were able to continue operating and providing services, while others had to suspend their activities.

Obviously, adaptation is very different depending on the productive sector. There are activities – such as hotels, restaurants, aviation or construction – that have a great need for attention and face-to-face work and for them the hit has been stronger. On the other hand, others – such as financial services, telecommunications or education – have been able to adjust more easily to the new conditions. However, within each sector there are also differences, derived largely from the degree of digitalization of each company.

That a company is more or less “digitalised” refers to its ability to generate, store, process and transmit information using combinations of bits by electronic devices. A company can use digital tools in different areas of its management, such as internal operations, financial and accounting administration, purchase and sale channels or its promotion and marketing systems. In all these areas, digitalisation is understood as a media to achieve a more agile, efficient, timely management and closer to its customers, and in this way positively affect the profitability and sustainability of businesses.

The Encuesta Longitudinal de Empresas carried out by the INE (Instituto Nacional de Estadísticas) in 2017 is representative of Chilean companies that sell 800 UF (Unidad de Fomento es a financial Chilean unit, created in 1967) or more per year and, yielded very interesting results regarding the digitalisation situation of Chilean companies in that year. Although two and a half years have passed since its application in the field, there are elements from that survey that are still being verified when working with companies in the territory.

The first observation is that already in 2017 practically all the companies surveyed (92.5%) had a computer, tablet, smartphone or servers connected to the internet to carry out their work. This figure varies between 87% micro, 96% small, 98% medium and 99% large. Therefore, the access to computers or Internet is not the great limitation for digitalisation. Although this survey does not cover informal micro-businesses, or those that sell less than 800 UF, the high penetration of smartphones in the Chilean population would allow us to say that even that segment with the lowest sales has a connection.

Despite the wide availability of computer equipment connected to the Internet, the vast majority of Chilean companies declared that they only use these devices with very basic programs (spreadsheets, texts), and that the Internet is used almost exclusively to search for data, exchange emails and to do paperwork (mostly at the SII (Servicio Impuestos Internos)). Here we can clearly see a large gap in companies according to size. The larger the company it is, the more likely that it uses other types of management support programs, carry out procedures with other institutions, have a website, interact with its clients, or carry out market intelligence through the internet.

Two aspects in which the COVID-19 will mark a before and after, is in the use of social networks and in e- commerce. In the data from 2017, it is evident that at that point only 26% of those surveyed used social networks in their business management. In micro and small companies, this figure barely reaches 25%, in medium-sized companies 30% and in large companies it reached 44%. At the same time, only 37% of large companies, 32% of medium-sized companies, 26% of small companies, and 20% of micro-companies carried out e- commerce. However, the need to communicate and buy from home has massively expanded the use of tools by consumers, and an adaptation has been generated through e- commerce, which is stronger in large commercial companies and in the informal trade, emerging service enterprises and small businesses in the neighborhoods.

This new situation – which has been very hard for companies that, due to their sectors or their own capacities, have not been able to follow this trend – will not be totally reversed when the pandemic passes. The relationship between companies and digital media changed forever. Both to interact with their collaborators and to interact with customers and suppliers, there are many benefits that companies and households have already known, taken advantage of and will want to deepen.

As we have pointed out, the main barrier is not in access to equipment or internet connection, already widely available in 2107. The gap will be -skills. The consulting company RocaSalvatella points out that, to be properly digitalised, the organization must develop eight skills: information management, digital communication, networking, continuous learning, digital knowledge, customer orientation, network leadership and strategic vision. Each of them involves a cultural change, and requires modern leadership. Obviously, each company will do it according to its own reality.

The challenge then will be that digitalisation is an opportunity for most companies, and not a new gap of inequality and exclusion. To this end, it is necessary that the public programmes currently available – and that are part of a digitalisation strategy for SMEs – are expanded and massified based on this new reality. It is essential that, for these purposes, the collaboration of institutions with experience in field work with smaller companies, capable of articulating the requirements of the territories with the development of new and better skills, is sought.

In periods of growth, it is difficult to introduce big changes. The current crisis, which has already caused the loss of 2 million jobs nationwide, will undoubtedly be the opportunity to transform the Chilean economy with a culture of digitalisation. This will allow for greater efficiency and inclusion; greater opportunities for SMEs to access markets, more alternatives for consumers, a  more solid network of clients and suppliers, more productive organizations and more opportunities for all.