Harman Idema, Ambassador of the Netherlands: “The Roadmap for the Circular Economy is a great initiative for the sustainable development of Chile”

In this interview with Eurochile, Ambassador Idema talks about his country’s progress in implementing this trend, about opportunities for bilateral collaboration, the importance of a state policy that guides companies in this area and the support offered to the Foundation in the work it does to prepare this roadmap that will set the course for the circular economy in the country. 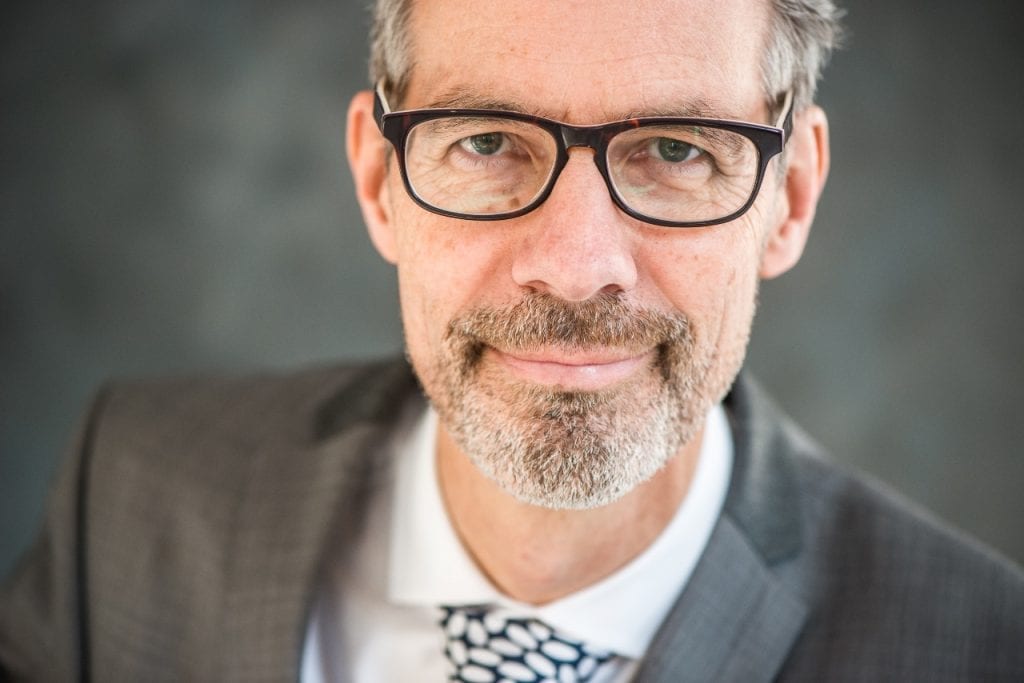 Historically, Chile and the Netherlands have had a very good bilateral relationship, with ongoing support work on issues important to both countries. And so it is also in matters of climate action and circular economy, affirms the country’s ambassador to Chile, Harman Idema: “For example, Chile and the Netherlands work together – at the request of the Secretary General of the United Nations, António Guterres, to their presidents – in convincing other countries to raise the goals of each country to achieve the results of the Paris Agreement”.

And within this framework, the embassy is currently in conversation with the Eurochile Business Foundation to help both in the preparation of the Circular Economy Roadmap and in the exploration of different ways of collaboration in this matter. One of the areas where bilateral cooperation is strong today, for example, is in water resources, where today the impact of climate change feels strong. Along these lines, there is currently a project in La Serena for the management of integral water with the use of aquifers and in Los Vilos in the protection of the coast.

In the circular economy, the Netherlands is also making significant progress through initiatives such as Pharmafilter, which turns wastewater suitable for hospitals; Protix, a company that has developed a sustainable and circular way to harness the power of insects for the production of insect-based products, including feed for aquaculture and inputs for pharmaceuticals; or DSM-Niaga, which produces fully recyclable carpets for the world market, among others.

In this interview with Eurochile, the ambassador of the Netherlands, Harman Idema, deepens into the scope that this cooperation could have, and how the progress of his country in terms of circular economy can help the adoption of this trend in Chile and its companies.

What are the main advances that the Netherlands is making today in the field of the circular economy, that could help develop this trend in Chile?

In the Netherlands we have already completed the Road Map process; we already have a public policy whose main objective is to have a fully circular economy by 2050. In the search for solutions to face common challenges, our country uses the famous “Dutch Diamond ”, in which representatives from the public sector, the private sector and knowledge and research institutes work together. From there, solutions are agreed between all, if it is to collect, process and recycle plastic, waste processing in a sustainable way, lower the amount of waste, manage water in a circular way or change the mobility system, etc. All of this is supported by a system of subsidies and exemptions.

Today there are a number of initiatives in this area, and among them the main one is the elaboration of a Roadmap for the Circular Economy, a work that Eurochile is developing today. How could you support this process?

We see the Roadmap for the Circular Economy as a great and very valuable initiative for the sustainable development of Chile, and as a new business model. In the Netherlands we have gone through a similar process, with learning and good practices. We are going to share them with Chile, among others, through the Holland Circular Hotspot, which is an innovative cooperation between the public sector, the private sector and knowledge institutes, with the aim of supporting the circular economy internationally. The Holland Circular Hotspot is in the best position to transmit the most specific lessons, good practices and solutions to support the process in Chile. In addition, at the request of the Ministry for the Environment, our Minister in charge of circular economy Stientje van Veldhoven, will participate in the international advisory committee accompanying the process of formulating the Road Map in Chile.

How has the implementation of the circular economy progressed in Europe, and in particular in the Netherlands, and what are the main concrete achievements until today?

From the vision of the European Union, I believe that the ‘European Green Deal’ creates the ideal conditions to strengthen the circular economy. The recent experiences of countries such as Finland and the Netherlands can serve as examples for its implementation. Having a state policy focused on a circular economy in 2050 gives the private sector direction of where the market is going and what they should invest in. It has released an unlimited ambition – with existing companies, multinationals, new start-ups and B companies – towards the efficiency of the use of inputs, new sustainable products and changes in market concepts, such as ‘light as a service’. Fot example, Schiphol airport has signed a contract with Signify lightning (originally from Philips). They pay for having good light (the service) instead of a price per bulb (the product), which generates an attitude of efficiency (of the service) instead of maximizing volume (of selling bulbs).

There are so many examples to show, in all sectors. Think for example of the SolaRoad, which instead of asphalt the road is made of 100% solar panels that generate energy. Or Bluecon, which cleans wastewater for agricultural use – small and medium scale. Or The Waste Transformers, which is a small facility capable of transforming large amounts of organic waste into energy and heat. Many examples of Netherlands initiatives in circular economy can be found in the Holland Circular Hotspot catalog.

What are the main areas or sectors where you see the greatest opportunities for cooperation between the Netherlands and Chile in both climate action and the circular economy?

For several years now, Chile and the Netherlands have a successful cooperation in water, agriculture, ports and smart cities, including waste management. And just the focus within these sectors is largely to strengthen the circular economy – from both our public and private actors. For example, the Dutch company Arcadis helps to reduce water consumption and water treatment in the mining sector, and the Dutch bank Rabobank conducts a sustainability analysis of each client and has a focus on sustainable financial solutions. More generally, I believe that the participatory process that we always follow to reach agreements between the government, the private sector, knowledge organizations and consumers is something that may have a certain value to explore for Chile.

What is the progress of the Netherlands in these areas, and how could such cooperation be more concrete?

In the Netherlands, based on public policy with the goal of being a 100% circular country in 2050, tables were built by sector where public, private and knowledge entities agreed on what measures they can take to contribute to the national goal. We are now in the process of implementing these agreements, with a good monitoring system, including a role for our parliament.

To mention just one specific example: in waste management in the Netherlands there is an advanced garbage collection system, then a very high percentage of recycling, and the part that does not have enough value to recycle, is used to convert energy through Waste-to-Energy facilities. Less than 1% of residential waste in the Netherlands ends up in landfills, and we would love to support Chile in achieving this.