Eurochile and the Municipality of Osorno signed a cooperation agreement

Last Friday, both entities consolidated an agreement signed by the mayor and president of the Provincial Development Corporation, Emeterio Carrillo, and the Executive Director of the Eurochile Business Foundation, José Aravena. 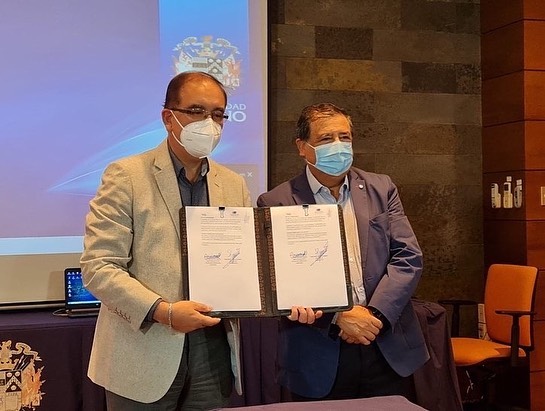 The event held Friday, May 6, was attended by authorities such as Fidel Espinoza, senator of the region; the Presidential Delegate, Claudia Pailalef, and the Honorary Consul of France in Osorno, Pablo Saint-Jean.

The agreement between Eurochile and Corposorno will strengthen joint work that will seek to design and implement activities that facilitate innovation, investment, and entrepreneurship of SMEs in the region through association with the European market.

At the event, José Aravena, Executive Director of Eurochile, spoke about the main objective pursued by this new agreement, “the idea is to be able to create a bridge that allows direct contact between companies and institutions who are interested in exploring cooperation possibilities with Europe. Conferences and company missions and other activities are also held within the framework of these networks”, said Aravena.

In this context, the mayor of Osorno commented on the relevance of this new alliance between both entities, “growth is not done alone, it is done in community. That is why it is essential that government, private entities and foundations are able to work together on how we advance in the growth and development of an area or region, and I believe that this agreement comes precisely to strengthen that, “said Carrillo. 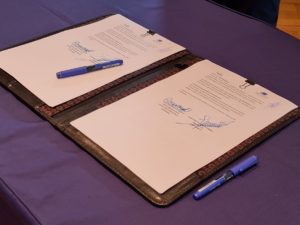 After the ceremony of the agreement, a discussion panel entitled “How to internationalize through the European Network EEN: Enterprise Europe Network” was held.

The participants pf this panel were Bárbara Baxa, Executive Director of the Red Pyme Mujer; Adela Sánchez, Director of European Projects at CEOE-CEPYME Cantabria and Project Manager of the EEN and Manuela Caruz, Director of International Networks, Eurochile Business Foundation.

The audience was represented by different stakeholders from the Osorno community and was an excellent opportunity to disseminate and explain the benefits that Eurochile, through the Enterprise Europe Network, puts at the service of companies and organisations. In this sense, Adela Sánchez stated the importance of SMEs in this process.

“Special emphasis is placed on the aspect of SMEs because in the end, both in Chile and in Spain, they are the backbone of the economy, and therefore they have the main role, and

due to their small size they are the ones that sometimes have more difficulty in accessing funds and participating in projects,” said Sánchez.

In this context, with the agreement signed, a cooperation process begins that hopes to strengthen the productive community of the region, initiating and consolidating its relationship with Europe.