This format of connecting companies with the circular economy world is part of the work that the foundation has been developing since 2016. The first workshop was carried out in Santiago and the next activities are scheduled to take place in other regions of the country. 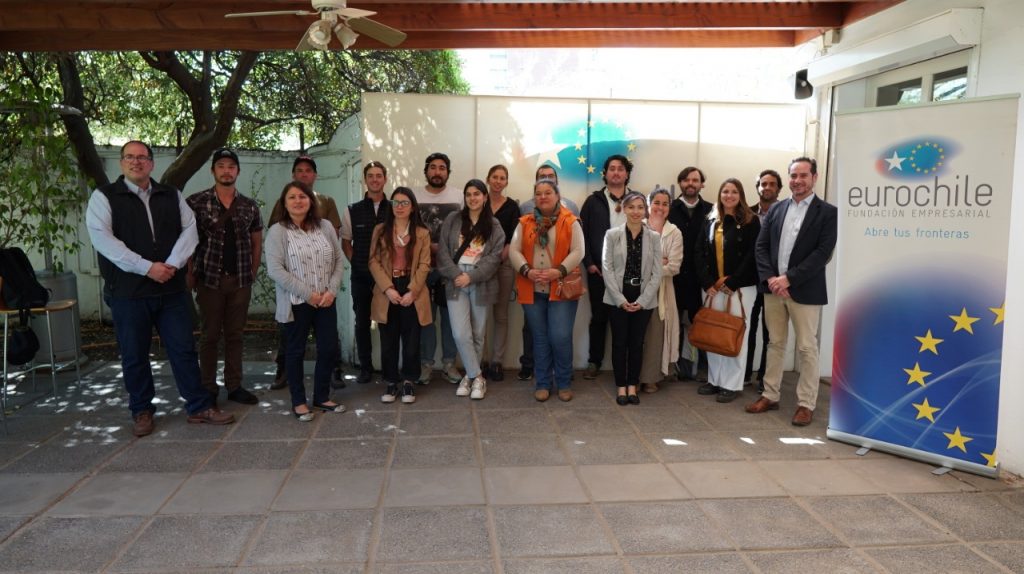 The kick-off to a series of workshops on circular economy to be held throughout the country was given this Thursday, October 13, by the Eurochile Business Foundation, with the purpose of promoting this model in small and medium-sized companies related to the construction and agrifood sectors.

The first event took place at Eurochile and was called “The rise of circular products for construction, an opportunity for Chilean SMEs?” It was attended by different companies, which discussed issues such as the EPR Law for the construction sector, a necessary tool for the moulding of a market for circular products? Are circular products only aimed at customers with high purchasing power? and The cultural barriers of building with waste.

At the beginning of the event, the director of Sustainability and Circular Economy of Eurochile, Enrique Sánchez, highlighted the interest of the foundation of supporting the field of construction.

Next, the Project Manager of the Eurochile Sustainability and Circular Economy Area, Maud Breyne, reviewed some key concepts of the circular economy in the construction sector and the challenges that arise around this activity, among them, the footprint environment generated by each of the production stages that this sector demands worldwide annually, and the intensive building in cities that will double in the next four decades.

Also, the project manager mentioned the advantages of the products and services that result from circular businesses when the actors of the value chain relate to each other and apply circular economy. “Circular products and services have the particularity of being more durable and more innovative. They can provide monetary savings and, above all, a better quality of life for the user”, she emphasized.

In this scenario, the transition from a linear production system to a circular one is a process that SMEs can lead very well in Chile and in the world, since their structure is more flexible than large companies, being able to adapt faster with an offer of new solutions.

With the aim of verifying the opportunity that circular products represent for construction, José Antonio Infante, Sales and Development Manager of Protermo, was invited to present the materials that his company develops today for the construction industry and architectural design, which are ecological and have energy saving qualities.

Cellulose insulation is one of its star products, 90% made from recycled cellulose fiber, and it is installed both in roofs and walls, providing thermal and acoustic insulation, and works as flame resistant.

Infante explained that “boric acid is added to this material, which makes it fire retardant and pest resistant. You can put a mouse, a pigeon in the attic, but it will not nest there because smaller animals do not tolerate the chemical”

Protermo’s professional went even further and carried out an experiment that revealed the capabilities of the product. With a blowtorch applying heat to 780 degrees Celsius he melted an old coin onto the surface of the cellulose insulation, which he held in one of his hands. In that sense, he assured that this material is unique in the market.

The material did not combust after a couple of seconds, however, the same did not happen when doing the test on a layer of glass wool, which, according to Infante, is affected by thermal degradation, losing its attribute as an insulator, and making that house or apartment that uses it less and less efficient.

“The degradation rate of the insulators, which will also be influenced in smaller percentages by the orientation, the material, the location, and the thermal stress to which it is subjected, is around 9% per year. It means that in five years it will have lost about 50% of its thermal insulation capacity”, he specified and, therefore, added “it will cost me 50% more to heat or cool that house”.

On the contrary, he compared that “cellulose fiber has the great peculiarity that it does not degrade, it is a material of plant origin that does not have resins.” In conclusion, Infante pointed out that “the grace of cellulose insulation is that it is in the framework of the circular economy. As it does not degrade, we take the paper and do not chop it, we tear it, something that brings out the cellulose fiber, we add the chemical and this will be encapsulated in walls or ceilings, as long as that building is in force”.

At the end, the specialist stressed that it is cheaper to produce and very quick to install, which is why he was open to creating alliances with municipalities in order to improve the thermal capacity of homes.

The next workshops are contemplated to be held in other regions of the country, which will be informed in due course.